Sons and Daughters existed at a very interesting time in the entertainment history, and on the same line, they had chosen a name that looks simple but with a deep meaning.

Furthermore, they released four albums each within a period of 3 years which was probably a calculated move or could have just been by coincidence. 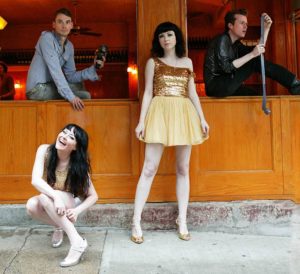 As somebody who has grown from being their fan to becoming their fanatic, I have tried to follow their journey very closely. I was also privileged to listen to their music and at the same time attend many of their performances. And for sure they exhibited a different kind of energy, how they managed to appear in so many events both in the UK and abroad still remains a mystery. But I can say they were really gifted and had only united for one mission and one mission only, to entertain. And that they did.

Why travel to so many places when they could have held TV shows and live TV events and save from the travel madness? That was what I have been thinking about, but looking at it from the artist’s viewpoint, it seems farfetched. But still, how did they manage such an itinerary? I continue to wonder.

It was not a walk in the park, one can admit,

Adele Bethel in an interview had once said they don’t sleep, they work hard at it, she could explain how they hop from a performance to a rehearsal for the next event and the cycle could continue. 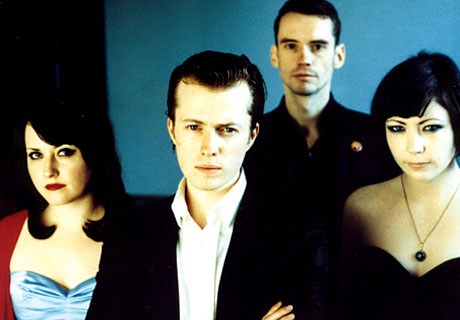 Did it have a toll on their relationships? I believe so, looking at how it ended up impairing their love life.

So their method of entertaining was much more inclined to touring; to perform in the events, They headlined in most of the UK festivals; the US was like their second home; they appeared a dozen times in Canada, Brazil, Italy, Ireland and the list goes on. It could take almost 9 months on the move before they could step a foot back in their homeland of Scotland.

They were not so much into TV shows, only maybe for an interview here and there, but you’ll find people confusing them with another TV series which went by the same name Sons and Daughters and which aired in Australia between 1982 and 1987. There’s also another Christian musical group known as All Sons and Daughters and sometimes people are never too sure who is who.

But there is a clear difference between the 3 users of the name – one is a religious band from America, the other is an entertainment band from Scotland and the last one was a TV series from Australia.

Have I exhausted all the TV shows? Not yet, there might be some TV shows in which they appeared, therefore don’t go too far, next time you revisit this page, you might find other developments.

If you also know a thing or two about the TV shows they were involved in, feel free to drop me a line.